Misaki Marine Biological Station (MMBS), School of Science, The University of Tokyo, is located at the southwestern tip of the Miura Peninsula in Kanagawa Prefecture, right in front of the rich waters of Sagami Bay. MMBS was established in Misaki-cho in 1886 as the first Marine Laboratory in Japan to serve as a base for zoological research in this area with rich and unique fauna. In 1897, it was relocated to Aburatsubo, a more biota-rich area, and it will celebrate its 140th anniversary in 2026. MMBS has contributed greatly to the development of marine animal researches in Japan, and together with the world’s oldest marine biological laboratories in Woods Hole (U.S.A.), Naples (Italy), and Plymouth (U.K.), has left a significant mark on the history of biology. The old main building, constructed in 1936, served as a place for research and education for many years, but the research activities of the full-time faculty members and students were later moved to the research building completed in 1993. The old main building was renamed as the Memorial Building, and was actively used for student training, researches by non-native researchers, nature observations, and other community activities, but was demolished in 2019 due to its age. In 2020, a new education building with student training rooms, an museum, and an aquarium was completed. The education building is used by a total of 10,000 domestic and international researchers annually, or 20,000 if student training is included, and continues to contribute to the development of biology as a place for research and education. 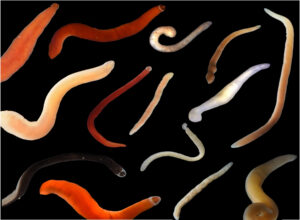 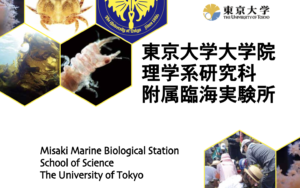